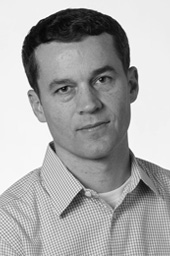 Prior to this position, Michael was an independent consultant in the operations area at Citadel Investment Group, one of the largest hedge funds in the world. Prior to that, Michael spent a year living and working as a teacher in Budapest, Hungary with his wife. Michael also spent over four years of his career as an Investment Consultant at Stratford Advisory Group in Chicago. While at Stratford, Michael counseled wealthy individuals and families, endowments, foundations and retirement plans on portfolio construction, asset allocation, investment policy development and investment manager selection. Michael began his career as an analyst at the U.S. Railroad Retirement Board, a government sponsored pension plan for railroad employees. Michael earned both a B.S. and an M.B.A. in Finance from DePaul University with a focus on investments.

Michael currently serves on the board of directors and finance committee of Connections for the Homeless, a social service agency located in Evanston, Illinois. Michael also volunteers his time with the Evanston AYSO Soccer Organization. His hobbies include spending time outdoors with his family, playing soccer and guitar, and seeing live music. Michael grew up in the suburbs of Chicago and has lived in Evanston since 1999 with his wife and four children.

Connect with Michael on LinkedIn 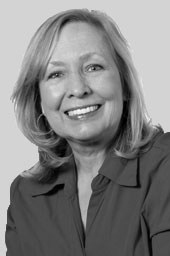 April Peterson is in charge client reporting and office administration at Blue Sky Investment Partners. April has over 30 years of project management and information technology experience. Prior to joining Blue Sky, April spent one year at EDS as a manager. Prior to her tenure at EDS, April was employed by Kraft Foods for 28 years in various project management and information technology capacities. April lives in Glenview, Illinois with her daughter.

We pride ourselves on our client-centered approach to investment management. We work collaboratively with clients to build, manage, and preserve wealth.